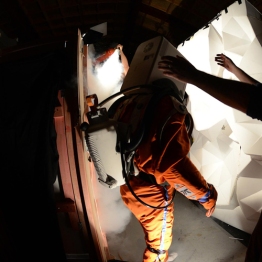 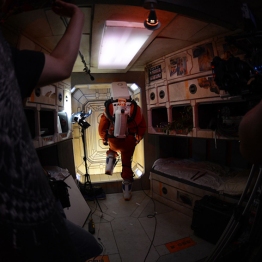 It’s Tu’s first trip on a spaceship that takes earth’s trash deep into space. He sees the job as a stepping-stone to bigger things and looks down on his senior workmate, Barry, who’s been doing it for years. Cabin fever sets in and Barry tries to re-ignite his old drumming hobby. It’s not until Tu discovers that Barry’s enthusiasm for the job may be a façade, that he begins to understand the old man.